"I think some of the most celebrated moments in human achievement should be those times when everything is going against a person and they are down in the dumps but they simply choose to get up. That's real greatness." Ryan Hall

Run:  Saturday morning I was up bright and early  to fit in a 5.7 mile run with my sister-in-law Meri.  We have been doing this same run the last few weekends and I think its fair to say that we have both been struggling with it.  The weather has been hot and humid, but more so than that, we just have not been getting in enough weekday miles.  This run, as we started out, we were both a little chilly which is a GREAT way to start a summer run.  We had also both made a conscious decision to fit in more weekday miles.  The result?  A great Saturday morning run.  I think that for the first time in awhile the two of us felt more in tune with our running. A little effort goes a long way!

Camp:  Soon thereafter, Bill and I left to go camping in New Hampshire.  Despite me forgetting to pack a few important things...like, oh, the foam mattress or second sleeping bag...we managed to have a great camp out complete with a beautiful fire: 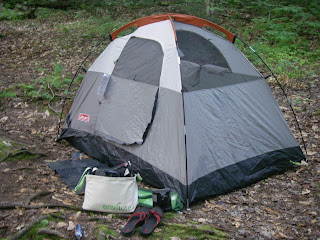 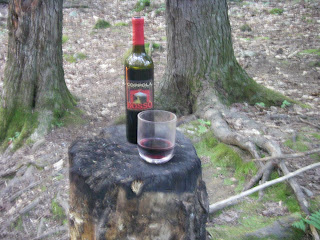 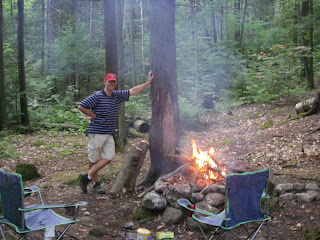 We had a typically camp-out dinner of hot dogs on sticks, crackers and hummus and grapes.  There are times when hot dogs are appropriate - camping is one of them!
Hike:  We slept awful - basically directly on the ground with roots under us.  Yuck.  But all that uncomfortableness helped us to get up early and we were on the road to the mountain a little before 6:00am and on the trail by 6:45!! 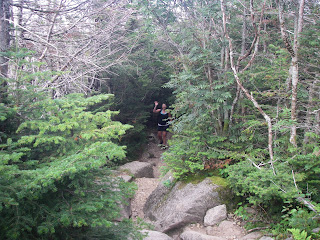 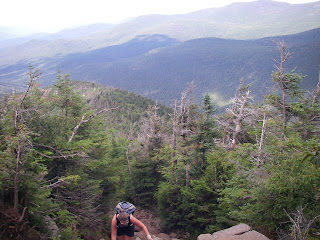 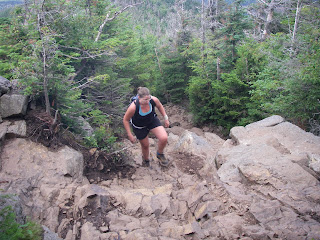 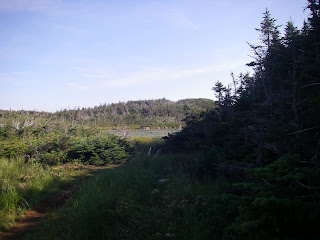 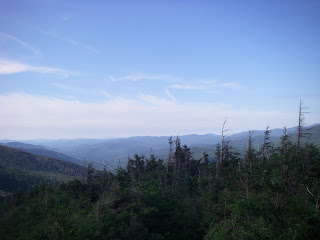 Now here is the thing about hiking.  Bill is great at hiking.  Me?  Not so much.  We did Mount Washington last year and it nearly killed me ... I vowed to never go to the top of that mountain again.  Because here is the thing about mountains - they have 2 distinct areas:  The climb to the summit cone and the climb up the summit cone to the tippity top.  I do great up until the summit cone...the summit cone kills me.  It is a steep climb up what is basically a pile of rocks.  I suck at climbing up those rocks.  Its true that, physically, I am tired by that point -  2 hours of vertical climbing is no walk in the park.  But mentally, when I look up and all I see is a quarter mile of rocks and what appears to be the top of the mountain some what out of my view, I just shut down.  I start to believe that I am never going to make it.  On Mount Washington, the summit cone beat me.  I sat down and cried and had a totally break down.  Bill was good about it and I eventually hauled my butt up that mountain.  But I was defeated and it was a bad scene.  Which explains why this year we did Mt. Lafayette...a much smaller, more manageable mountain.  But the summit cone?  It almost beat me again.  I could feel myself shutting down, I could feel the tears coming on and the panic set in.  Bill asked if I needed a break and I admitted I did.  I stopped for a minute and drank some water.  Then I gave myself a stern mental talking to.  It was just a climb.  One foot in front of the other.  Thats it.  All I had to do was get out of that negative place in my head...and I did.  I got up that stupid pile of rocks and I was together enough mentally at the top to actually enjoy it! 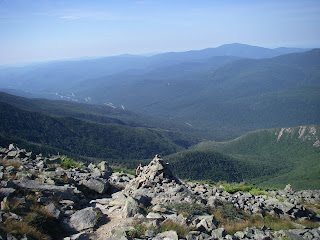 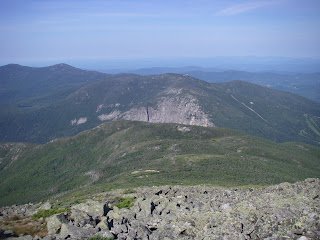 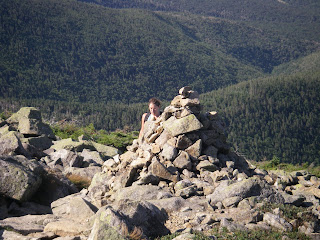 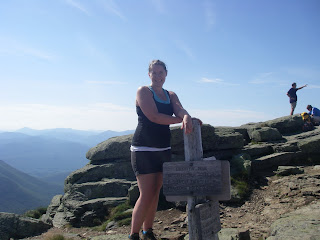 (Oh hiking clothes, how unflattering you are)
Breathe:  We came directly home after the hike and this morning I was off to Awakening Yoga at Revelation...which is exactly what my tight hiking muscles needed.  Thankfully there did not appear to be power yoga after, so my legs got a break.  I can already feel them stiffening up again and I am looking forward to YinYang Yoga tonight!
at Monday, August 09, 2010